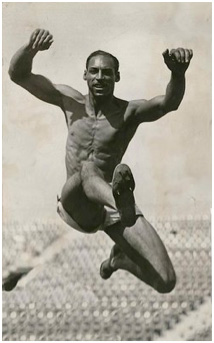 Edward Lansing Gordon, Jr. was born on July 1, 1908 in Jackson, Mississippi. He was an American athlete who competed in two Olympics, primarily in the long jump. After finishing seventh in the 1928 Summer Olympics, Gordon showed dramatic improvement. He competed in the 1932 Summer Olympics where he won the gold medal.

Gordon was a successful teacher in the Detroit area for many years.