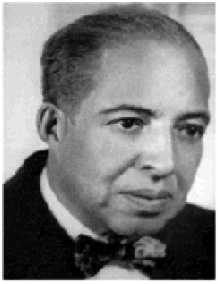 Fred Hart Williams was born on February 2, 1882. He attended Central High School, the University of Detroit and Detroit College of Law. He dedicated his life to the collection, preservation, and interpretation of historical materials about African Americans.

Throughout his employment as a senior tax clerk for the City of Detroit, he also wrote and reported for three newspapers: The Detroit Tribune, The Michigan Chronicle, and the Detroit edition of The Pittsburgh Courier.

The descendant of a family who came to Detroit via the Underground Railroad in 1849, Williams served his community as a journalist, author, historian and patron of the arts. Writers all over the world are indebted to him for the materials he donated to establish the highly regarded E. Azalia Hackley Collection that honors African Americans in the performing arts. The collection is stored at the Detroit Public Library. Williams’ personal family history papers, donated to the Burton Historical Collection, Detroit Public Library, form an important source of African American History.